So 2020 is coming to an end and I think we can all agree that it is time to say good riddance.

The year of course has been dominated by Corona Virus that has affected everybody’s every day life. It has led to conspiracy theories and anti-vaccine sentiments and Donald Trump more or less suggesting an injection of bleach could be the cure. The year has ended with newer more virulent variants that have sent infection rates through the roof – especially in the UK.

Can I use this last post of 2020 to appeal for some common sense – whatever you believe!

Let me explain my life philosophy with some examples. It removes controversy or conspiracy and just makes everything clear.

Whatever your view on climate change the common sense approach is that you leave a place how you found it. How annoying is it when you go to the beach only to find somebody has left their rubbish. Take it home! Most people don’t collect their household rubbish in their homes. They take care of their space. If we all took this attitude the environment would be a better place and you don’t even need to believe the science. Or to put it more bluntly if you step in dog mess you don’t then traipse it around your home. You clean your shoes so you are not carrying the crap around with you.

One of the differences between the main Christian denominations and Jehovah’s Witnesses is that where as on the whole it is believed that Christ was crucified on a cross the Jehovah’s Witnesses believe that he was crucified on an upright post. The confusion comes from the Greek word stauros which can mean an upright post or an upright post with something (like a cross piece) attached to it. Roman tradition suggests it was a cross as derived from the Phoenician’s who originally devised crucifixion as a means of execution and they used a T-shaped frame. But does it really matter. For any Christian believer it is the death and resurrection that mattered and not the exact means of execution with all of its gory details!

In other words focus on the important message and not the detail.

So what’s this got to do with Corona Virus?

Again we should take a common sense approach whatever you think of the science or whether you believe that Bill Gates is using it as an opportunity to microchip the world (why would he when we all have smart phones and other devices that snoop on us anyway?) or a some unknown sinister cabal is using it to take over the world and bring in a New World Order.

Let me put it bluntly. The pandemic is real. Look at death spikes and overwhelmed health services to get a real view. Personally I know two people who have died as a consequence of Corona Virus and about half a dozen others who have had it. My wife and I too had a mystery illness in April that may have been Corona. A test in September proved to be inconclusive, but it didn’t feel like any throat or chest infection I had ever had before and the respiratory exercises we were given by somebody who was hospitalised with Corona Virus definitely helped keep our lungs working.

As a coach who focuses on communication and soft skills an important element is personal space. If somebody feels that another is too close they feel intimidated or uncomfortable and a key lesson is that we are all in charge of our own personal space. We have an invisible bubble around us and nobody can enter it without our express permission. Think about when you have had a disagreement with somebody close to you – you don’t let them close until the issue has been resolved. The only possible exception is when a ‘naughty’ child has fallen over or got upset and needs parental comfort. Now let me throw in #metoo – nobody with a brain would argue that it is acceptable to invade (especially in this context men encroaching on women’s space) somebody else’s space. 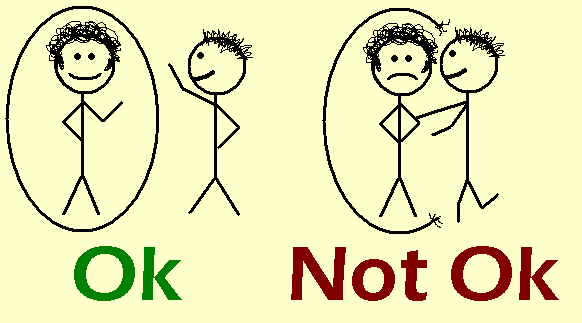 It really is straightforward if somebody wants you to keep your distance respect their wishes.

Before getting into this let me state categorically that wearing a mask means wearing it properly – that means on your nose too. I have seen memes that compare incorrect wearing with wearing a condom on the wrong part of the anatomy – let’s just say balls are often kept in a bag!  Another comparison could be wearing your trousers around your ankles. So if you are going to wear a mask then do so properly. Here is a guide. 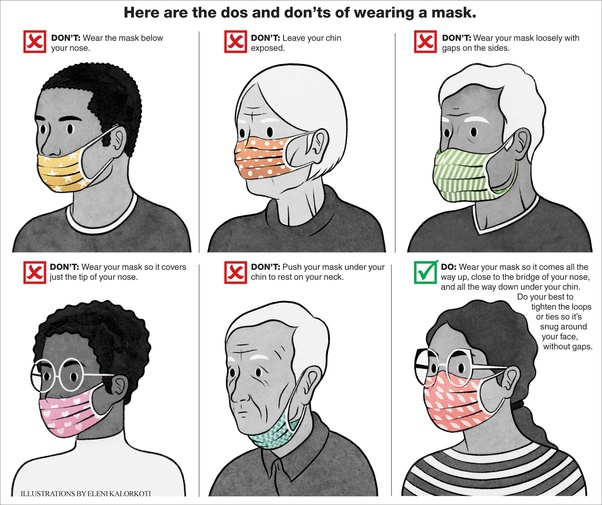 So the two main issues with the masks are that it inhibits breathing and the personal freedom and liberty.

First the breathing issue, this complaint usually manifests in two ways, simply I can’t breathe or I am breathing my own carbon dioxide and that can’t be good. The truth is that the carbon dioxide argument has no foundation as any impact is absolutely minimal. As somebody who wears glasses and has to contend with steaming up I am possibly in a more difficult position than many.

Secondly connected with personal liberties, this argument is frankly ridiculous. Ultimately a mask is an item of clothing and should be treated as such. Nobody can walk around naked in public and we have to comply to certain standards of dress. Alternatively, for health and safety purposes, it could be compared to wearing a hard hat and steel toe-capped boots on a building site

Being told to cover up for these reasons is not about personal liberty. If it was builders across the globe would down tools and more pointedly countless medical professionals would refuse to work.

The effect of how our breath spreads can easily be demonstrated on a cold day and even more dramatically I recently saw somebody who was smoking an e-cigarette It was shocking to see how far the smoke she breathed out carried, but at the same time I have to point out in fairness she was keeping her distance.

I have seen a simple visual image recently. It is an information film that shows somebody going about his day to day life with no regard to wearing a mask and in the last scene he is hospitalised with Corona Virus and an oxygen mask is put on his face. The end message was brutally simple.

If you want another direct example I don’t think I am unique in this when my wife tells me when we wake up not share my morning breath on her!

So I am not being controversial I am using my common sense and respecting others. Keep your distance and wear a mask. It’s not rocket science. The virus is terrible, but idiocy is making it worse.

On a more positive note vaccines are coming out and 2020 is coming to an end. So just want to wish you all a Happy New Year.